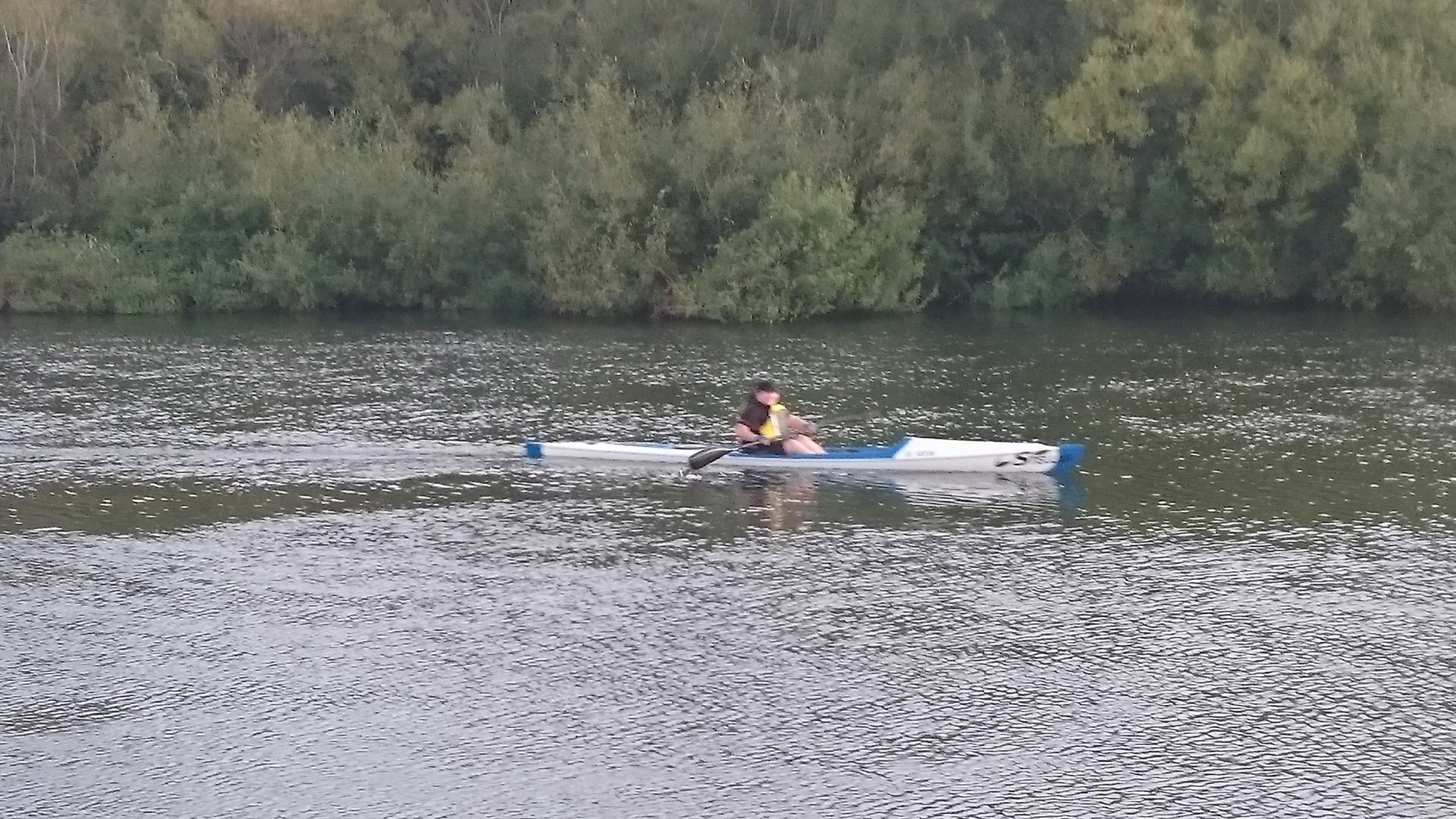 It was speed week out at the Hadspen hydrodome, the water level had evened out and the wind dropped just in time for the race, giving great conditions to have a crack at your PB. Amanda led the field with a Stellar PB of 4:55 giving her new craft a great first hitout. Geoff and Bill had a great race with Geoff getting past Bill with 30m left in the race; both paddlers continuing their seasons of improvement with both knocking just over a minute off their best. Pete had a great paddle knocking just under 50 seconds off his best. Michael, Colin and Phil Barratt all worked hard and all gained about 35 seconds off their bests. Claye got the Season best that he has been working at for quite some time, going 25 seconds faster. Phil Nelson just got past April in the final 50 metres both going about 10 seconds faster than their bests. Tony just got home for a 2 second PB off his long handicap.Mark and Alex were both within about 30 seconds, Tom was about three minutes off his pace from early in the season, Richard was a couple minutes off, while Paul had a harder race than normal.

Thanks to Phil Barratt, Alex and Mark for heading back up the river after the race. Times for this week are below.

Check the link below for your handicap for next week, gun time will again be 6:30pm. If you miss your start time you can still race, have your time recorded and score points. New paddlers will be able to set their handicap time.

See you all next week.